Since 24 February, the United Nations Human Rights Monitoring Mission in Ukraine has been documenting violations of international humanitarian law and violations of human rights law which have been occurring in the country. Many of allegations concern violations that may amount to war crimes.

Today is the 76th day since the Russian Federation attacked Ukraine. 76 days of destroyed lives, and cities, hospitals, schools and houses.

Last week, my colleagues and I visited 14 towns in the Kyiv and Chernihiv regions that were occupied by Russian Armed Forces until the end of March.

People told us of relatives, neighbours and friends killed, injured, detained and disappeared. In Makariv, a family of five was shot at by Russian armed forces as they tried to leave with their neighbours by car. Sadly, only two members of the family survived.

In the village of Yahidne in Chernihiv region, we met a 70 year-old man who spent 24 days in the basement of a local school. He told us with tears in his eyes that he shared a 76 square meter room with 138 people - the youngest was just two months old. The space was so crowded that he had to sleep standing up and so tied himself to wooden rails so as not to fall down.

Another person from Bucha told us that each time he left the house to find food and water, he was not sure whether he would return alive.

In Bucha and other settlements to the north of Kyiv that were occupied by Russian armed forces, we have reports of the unlawful killing of over 300 men, women and children. Unfortunately, these numbers will continue to grow as we visit more areas.

Overall, to date we have corroborated 7,061 civilian casualties, with 3,381 killed and 3,680 injured across the country since the beginning of the armed attack by the Russian Federation. The actual figures are higher and we are working to corroborate every single incident.

Let me share a quote of a woman from Yahidne village in Chernihiv region. “We had such a beautiful calm village, everyone planted flowers, our houses were tidy. Now everything is destroyed. Who will rebuild all of this?” she asked us.

Schools, hospitals, private houses and multi-storey residential buildings were destroyed in many of the areas that I visited. To date we have recorded hundreds of educational and medical facilities destroyed or damaged in areas affected by hostilities across the country.

We note with concern that we have received information that in many areas armed forces – from both sides – have been using schools as their bases and have placed heavy military equipment in the vicinity of schools.

Throughout Ukraine, at least 50 Christian, Jewish and Muslim places of worship of different denominations have been damaged as a result of the hostilities. More than half of the buildings have sustained severe damage and cannot be used.

The high number of civilian casualties and the extent of destruction and damage to civilian objects strongly suggest violations of the principles governing the conduct of hostilities, namely distinction, including the prohibition of indiscriminate attacks, proportionality and precautions.

The right to health has been severely affected across the country. In areas under intense hostilities, we have seen that mortality rates increased because people were not able to access medical care. Often it was too dangerous for people to leave their homes or shelters to seek medical assistance. For example, in Yahidne village, we were told about 10 older people who died in the school basement after spending days or in some cases even weeks unable to leave. Older persons and persons with disabilities are two of the groups that have suffered disproportionately from the effects of the conflict, often depending on others and lacking access to the medication and treatment they need.

We continue to receive allegations of rape, including gang rape, attempted rape, forced nudity, threats of sexual violence against civilian women and girls, men and boys. Women and girls are the most frequently cited victims. During my recent visit to towns north of Kyiv, we documented a number of cases of sexual violence. In one town that we visited a woman was raped and killed allegedly by a Russian soldier. The same soldier then attempted to rape her neighbour. This woman’s husband intervened, but was then shot by the soldier. He later died.

In general, however, we found that victims of sexual violence and their families and friends are reluctant to speak due to stigma. The wishes of victims, who are usually women and girls, must be respected. Over time the scale of these violations will become clearer.

We also spoke to people who are searching to find their relatives and friends. We documented some cases where Russian armed forces had detained civilians, mostly young men, and transferred them to Belarus and then Russia, where they have been held in pre-trial detention centres. Overall, since 24 February, we have documented 204 cases of enforced disappearance (169 men, 34 women, 1 boy), the overwhelming majority of them by Russian armed forces and affiliated armed groups.

We have received credible information of torture, ill-treatment and incommunicado detention by Ukrainian Armed Forces of prisoners of war belonging to the Russian armed forces and affiliated armed groups. We continue to see the publication of videos, which show inhumane treatment, including prisoners from both sides being coerced to make statements, apologies and confessions, and other forms of humiliation. This violates fundamental rules of international humanitarian law. Ukraine and Russia must promptly and effectively investigate all allegations of torture and ill-treatment of prisoners of war. They must also effectively control and instruct their forces to stop any further violations from occurring.

Those in command need to provide clear instructions to combatants to protect civilians and persons hors de combat, clearly prohibiting the killing, ill-treatment, and arbitrary detention of such individuals. They must be ordered to distinguish between civilian and military objects. Those who do not follow such instructions must be immediately removed from active combat and held accountable.

The best way to end the violations that we have been documenting will be to end the hostilities. However, while they are ongoing and for as long as they last, parties must in the conduct of operations take constant care to spare the civilian population, civilians and civilian objects and commit to protecting every civilian woman, man and child and those hors de combat that fall under their control. 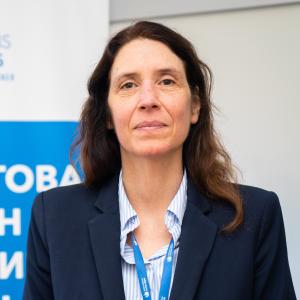