"Women Are Key to Peace" Campaign starts in Ukraine

UN Women in Ukraine launches the “Women Are Key to Peace” campaign on the occasion of the 20th anniversary of the UNSC Resolution 1325 on women, peace and security. The Resolution calls for meaningful participation of women in all peace processes. 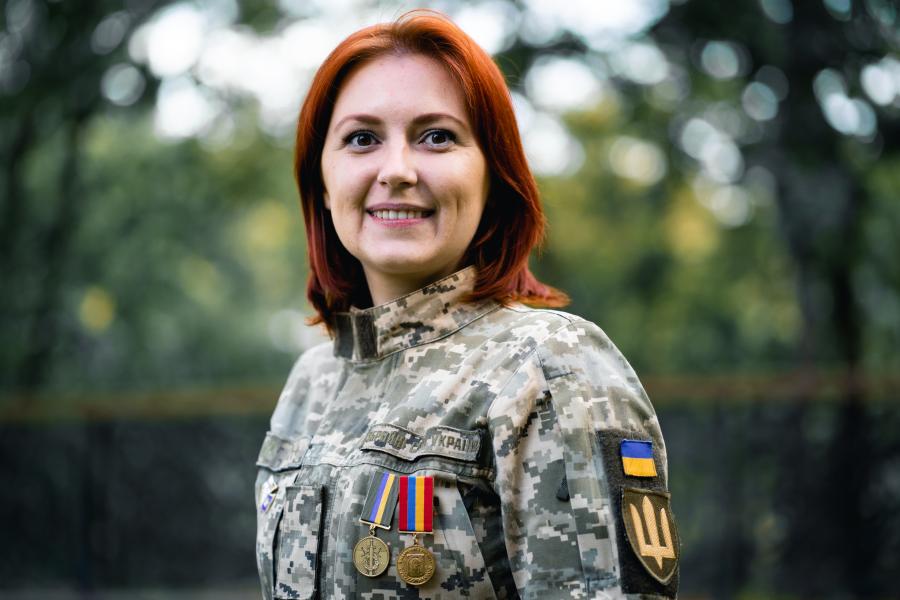 Since the adoption of the Resolution on 31 October 2000, there has been a substantial increase in the frequency of gender-responsive language in peace agreements and the number of women, women’s groups and gender experts who serve as official negotiators, mediators, or signatories.

However, despite the important role of women, they are often kept out of the political and negotiation processes in Ukraine. The “Women Are Key to Peace” campaign is designed to raise awareness of women’s role in peacebuilding, as well as to tell the real stories of those women who find themselves at the epicenter of conflict.

Nine videos telling these stories, will be broadcast on 1+1, ICTV and STB TV channels. Women at the center of the stories – doctors, teachers, businesswomen, military veterans, civic activists, leaders of self-help groups and social rehabilitation centers – are leaders who have found effective solutions during the conflict and now help others.

To continue implementing the Women, Peace and Security agenda, on 28 October 2020, the Ukrainian Government approved its’ second National Action Plan for the period of 2021-2025, outlining new goals and objectives for women’s participation.

The “Women Are Key to Peace” campaign will run until November 31. You can follow its development on the project’s website, as well as on UN Women and partner websites and social media.

The campaign is realized by UN Women with financial support from Norway, Sweden, Canada, Denmark and the European Union.