WHO envoy to Ukraine: Scale up testing, distance, adjust to new normal

Jarno Habicht, the World Health Organization representative and head of the country office in Ukraine, gives an interview to the Kyiv Post.

When U.S. President Donald Trump announced he would freeze his country’s funding for the World Health Organization (WHO) in the middle of the global pandemic of COVID-19, the world lashed out.

The European Union, the United Kingdom, Russia and China all said the move undermined international efforts to fight the disease.

Although the WHO, the United Nations health agency, has limited powers and has faced criticism for praising China’s fight against the novel coronavirus, which the country initially tried to cover up, the organization has played a central role in coordinating the global response to COVID-19.

“Their work is slowing the spread of COVID-19 and, if that work is stopped, no other organization can replace them. The world needs the WHO now more than ever,” philanthropist Bill Gates tweeted on April 15.

The WHO has also played a critical role in Ukraine’s response to the outbreak. Its local office transmits the latest knowledge about the disease to Ukrainian doctors and health officials, helps assess the country’s needs and provides guidance to the government and training to medical personnel.

While all government efforts are currently focused on the urgent need to boost hospital capacity to treat COVID-19 patients, Jarno Habicht, head of the WHO’s office in Ukraine, is thinking longer-term about how to continue providing medical care to other patients during the pandemic.

“If the outbreak stays with us longer, we need to ensure that everyone else still has access to medical care and treatment,” Habicht said in an interview with the Kyiv Post on April 13.

Even before COVID-19, Habicht’s office had a full plate.

In 2018-2019, Ukraine saw one of the worst measles outbreaks in the world. It has among the highest rates of HIV infections in Eastern Europe. The country has struggled to reform its public health system and faced high demand for medical care in the Donbas, where a war has raged for six years.

At the same time, the WHO has also been working to reduce cases of heart disease, diabetes, cancer and chronic lung diseases, which cause 84% of all deaths in Ukraine and now contribute to deaths from COVID-19.

Habicht took the helm of the WHO country office in Ukraine in November 2018, after 15 years of leading the agency’s offices in his native country of Estonia, Moldova and Kyrgyzstan. He manages a team of over 40 people. Its budget in 2018-2019 was $16.3 million.

Then a global pandemic of a new virus broke out.

The WHO has limited powers to influence state decisions. It makes recommendations and outlines best practices, but governments are free to ignore then — and some have. The WHO has no authority to sanction those who don’t obey.

“We are not a global ministry of health to tell the countries what they have to do. We share our guidance with them, and there’s always national adaptation. Every country is on a different stage of an outbreak and takes a little bit of a different approach,” Habicht said. “Whether it’s good or bad, we’ll see next year.”

Ukraine has not taken the COVID-19 pandemic lightly. On March 12, it implemented a quarantine, shuttering schools and canceling mass gatherings. At the time, there were just three confirmed cases. The virus would claim its first life the next day.

Since then, the government has gradually ratcheted up the restrictions. Today, the country is largely on lockdown, with non-essential businesses closed down, mass transit restricted and borders closed.

Habicht says that the Ukrainian authorities acted early and proactively compared to some European countries.

However, what social distancing and social isolation mean and why they are vital to slow the spread of COVID-19 needs to be better communicated to the public.

“From the regulatory point of view, all measures to slow the spread of the disease are in place, but how they are implemented depends on people,” he said. “If we follow those measures, we will come out of the outbreak faster.”

Ukraine’s quarantine is scheduled to end on April 24, but top officials have already suggested it will be extended. WHO Chief Tedros Adhanom Ghebreyesus recently warned that the virus could resurge if restrictions are lifted too early.

However, Italy and Spain, two of the worst-hit states in Europe, and Austria have taken first steps toward easing their lockdowns, allowing some non-essential businesses to reopen, albeit with social distancing requirements.

Today, no one knows when will be the right time to end quarantines and lockdowns, Habicht said. Doing it too early puts more lives at risk, while keeping the restrictions for too long will be exceedingly burdensome for the economy and social sector.

The International Monetary Fund predicts that the global economy will shrink by 3% this year. The Ukrainian government expects a 3.9% decline in the country’s gross domestic product. Over half of Ukrainians don’t have the funds to survive a strict quarantine for longer than a month.

Habicht says it’s important to maintain social distancing and keep testing and tracing contacts until there’s a better understanding of how the disease is evolving in Ukraine, which will make it easier to decide when to lift the restrictions.

The Ukrainian health authorities have faced public criticism for not testing enough. The Center for Public Health has reported that 42,823 samples have been tested as of April 16. The actual number of people tested is smaller.

Habicht says that, in the early stages of the outbreak, the number of tests is usually not high. But as the outbreak moves ahead, Ukraine has to scale up its testing to bring disease transmission under control.

Ukraine has gradually decentralized and widened its testing strategy. The polymerase chain reaction (PCR) tests are now done not only in the main laboratory of the Center for Public Health, but also in the regional laboratory network. Health officials recently announced that all patients with pneumonia and high fevers will be tested for COVID-19. They have also allowed private labs to carry out PCR tests.

Habicht says Ukraine should adopt new methods of testing that as they appear and repurpose some of its existing equipment used for detecting tuberculosis or HIV to test for COVID-19.

It’s possible there are more cases in Ukraine than reported, which makes self-isolation and social distancing even more important, he said.

As COVID-19 spread worldwide and several countries raced to develop a vaccine against the coronavirus, the WHO launched its own global clinical trial of COVID-19 treatments.

Researchers picked four drugs used for viral diseases such as Ebola, malaria and HIV that small studies suggested could be promising treatments for the new disease. So far, 20 countries have joined the trial.

While the trial is only in its nascent stage and the first results will take time to deliver, Ukraine’s health ministry adopted an integrated care protocol for treating patients with COVID-19 using those same drugs — despite their effectiveness against the disease being unproven.

One of the key medications prescribed in the protocol is hydroxychloroquine, an anti-malarial drug promoted by U.S. President Trump as the cure for COVID-19, despite a lack of scientific evidence.

Seeing this, the WHO offered Ukrainian health officials to participate in the global trial, and they agreed.

“I’m happy Ukraine showed the intention to join the trial. It will take a week or so to get all paperwork done,” Habicht said. “We are working with the ministry to find out who does what and need to go through the treatment protocols. We also need proper clinical monitoring.”

The COVID-19 outbreak hit Ukraine shortly before the hospital network reform, the second phase of the country’s continuing effort to modernize its public healthcare. It exposed the poor conditions in state hospitals and shortages of virtually everything: from beds and testing supplies to lung ventilators and protective gear.

At least 15% of the infected in Ukraine are doctors and nurses.

“Looking at the government data, we see that Ukraine has only 20% of the protective gear needed for the entire period of the outbreak. It’s enough to start with, but Ukraine needs local producers and partners to bring in more,” Habicht said. “This is the only way to protect medical workers.”

But the problem isn’t exclusive to Ukraine, he said. Due to a global shortage of masks, hazmat suits, gloves and goggles, many countries are reporting infections among medical workers.

Even if a vaccine and treatment for COVID-19 were developed tomorrow, recovering from the economic and social effects of the pandemic would take time, Habicht says.

“We are in this for a year,” he said. “We should start thinking of the recovery plan now.”

Since most people have to stay at home, Habicht advises finding a way to maintain physical activity and to call friends and relatives more often.

“It’s a complex new environment. We need to somehow adjust to the new normal,” he said. “We have to continue social distancing and become more connected and supportive of each other.” 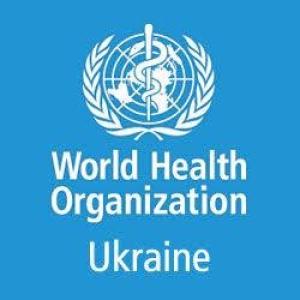