Pablo Mateu: Ukrainians in Donbas are entitled to their pensions

The main task of the UN agency, headed by Pablo Mateu in Kyiv, is to help refugees. However, due to the war in Donbas, UNHCR undertook much of the work to help internally displaced persons (IDP) because of the conflict, as well as socially vulnerable people living in the war zone. 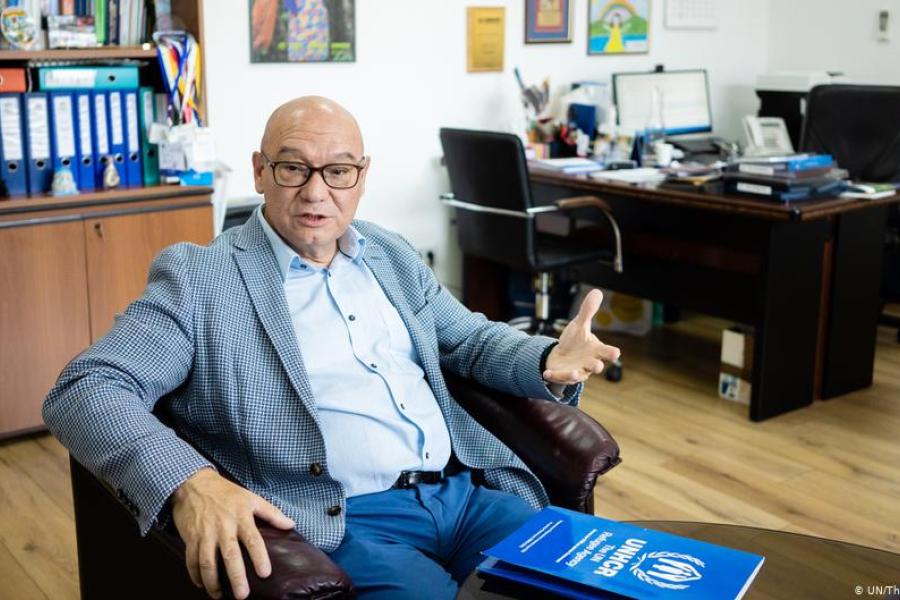 DW: Mr. Mateu, how aggravated are the social problems of the population in the conflict zone in Eastern Ukraine in the context of the Covid-19 pandemic?

Pablo Mateu: As a result of the conflict, primarily people of working age and families with children left, many of whom moved to the capital, Dnipro, Odesa and other large cities of the country. The share of elderly people near the contact line in Donbas, usually of 23 %, reaches 41 % since the beginning of the conflict. Older people are most at risk during the Covid-19 pandemic, but at the same time, access to medical services is difficult in the conflict zone as many doctors have left the region.

DW: How exactly can your organisation help?

Pablo Mateu: The annual budget of the UNHCR office in Ukraine is $28 million. We have immediately allocated 10 % of this amount to the activities needed in view of the pandemic. We first started monitoring the situation along the contact line – in 119 settlements of the government-controlled side. This became possible thanks to cooperation with our partner – the non-governmental organisation (NGO) “Proliska”. Before the quarantine, 36 settlements did not have transport connections with the outside world. Now the number is 71. About 50 villages do not have access to primary health care and do not even have grocery stores. When people were told to stay home because of the quarantine, it became a problem to get basic groceries. We have arranged help from other humanitarian organisations, which deliver groceries to these villages now. A number of charities and the International Committee of the Red Cross distribute food kits.

The Social Protection Departments of Luhansk and Donetsk Oblasts also receive support so that social workers can visit the homes those who need it. Another big problem is for people to get their pensions. We are negotiating with Oschadbank to deliver pensions to places where there are no ATMs.

Aren’t you afraid that in a crisis caused by a pandemic, the government will not meet the special needs of the people in the conflict zone?

In view of the Covid-19 pandemic, international humanitarian organizations have agreed to allocate an additional $63 million for aid programs, the lion’s share of which will be allocated to the most vulnerable residents of Eastern Ukraine. The government is also increasing its support. Until recently, only the UN and the Red Cross, as well as NGOs, were involved in rebuilding houses destroyed during the fighting. However, since the end of last year, the State Emergency Service and regional administrations have joined this process. This is a very positive trend, which shows the readiness of the Ukrainian government to help citizens affected by the conflict more actively.

German Foreign Minister Heiko Maas has recently called for the opening of the demarcation line in Donbas, which has been closed due to quarantine for several weeks. Why is this so important?

Since the introduction of quarantine, neither the OSCE nor the UN have been able to enter this uncontrolled territory. We also cannot send humanitarian aid, except in the framework of the Covid-19 pandemic. We, along with other international organisations, are currently sending disinfectants and personal protective equipment, and the WHO and the Red Cross provide medical equipments. The second aspect is the need to open the contact line for the civilian population. There are many people “stuck” on the other side: for example, people who went to visit relatives on the eve of the closure of checkpoints and have not been able to return home for more than a month. In addition, many retirees live in non-government controlled areas (NGCA). Before the closure of the contact line, they regularly went to the controlled area to receive their pensions. Now they cannot get it.

All those who come to Ukraine during quarantine are sent to a two-week self-isolation. Will it be necessary to create special entry conditions for those crossing the contact line in Donbas?

At some checkpoints on the contact line, right behind the barrier of border guards there are branches of Oshchadbank, where people can get their pension. For example, there is such a branch in Stanytsia Luhanska. It would be worth opening more of those Oshchadbank mobile branches at other checkpoints so that people can withdraw their pensions and not go to the city for this purpose. If people want to visit relatives in Kyiv or other regions, they obviously have to be subject to the same self-isolation regulations that apply when crossing borders.

However, this will not solve all the problems linked to receiving pensions. After all, people have to regularly certify their actual residence in government-controlled territory. How to solve this problem?

A pension is a human right a person has earned by many years of work. The people did not choose to find themselves in NGCA. We are trying to persuade the Ukrainian government to abandon mandatory registration of IDPs wanting to receive their pension. This only forces people to obtain a fictitious IDP status in order to exercise their right to an earned pension. I hope that the pandemic can force the government to reconsider its approach to the registration of IDPs, as well as help increase the rights of Ukrainian citizens living in NGCA.

According to Ukrainian legislation, the non-government controlled territories of Donetsk and Luhansk Oblasts are “temporarily occupied” and controlled by “armed formations of the Russian Federation” and “the occupation administration of the Russian Federation”. Doesn’t this fall under the principles of international humanitarian law, which make the occupier responsible for respecting rights of the civilian population?

This territory is a part of Ukraine. The people who live there are Ukrainians. They have not lost their Ukrainian citizenship. When you talk to them, you realize that many of them still feel Ukrainians. Most of them remain in NGCA, not out of ideological conviction – they do not want to join Russia or have any independence – but because they are elders and they simply do not want to go through the challenges faced by displaced persons. The more you cut ties with people living on the other side of the line, the harder it will be to find ways to resolve the conflict peacefully. It is very important to maintain these connections by giving people the opportunity to visit other regions of Ukraine, by giving young people the opportunity to receive an education and by providing access to medical services. It is equally important that people living in the territories often called “occupied” in Ukraine, receive humanitarian aid not from Russia or from the de facto authorities of those territories, but from international organisations and countries that are friends of Ukraine. In addition, the experience of other Russian-related unrecognised territories, such as South Ossetia or Abkhazia, shows that Russian aid is diminishing over time. Finally, I assume that the people living in the non-government controlled territory of Donbas understand the situation will become increasingly difficult.

This interview was originally published in the Ukrainian language on the Deutsche Welle website. 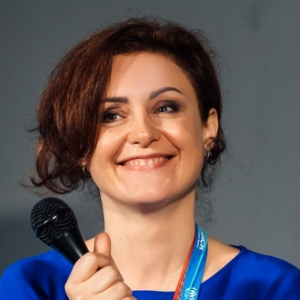