Kyiv, 7 December 2022 – In the initial weeks of the invasion of Ukraine, Russian armed forces summarily executed or carried out attacks on individuals leading to the deaths of hundreds of civilians, the Head of the UN Human Rights Monitoring Mission in Ukraine, Matilda Bogner said today. A UN Human Rights report based on the work of the Mission details how Russian troops killed civilians in Ukrainian towns and villages across Kyiv, Chernihiv, and Sumy regions of Ukraine from 24 February until 6 April 2022.

The report explains how killings of civilians were not confined to specific locations, although some areas were more affected than others. In the town of Bucha near Kyiv, which was under the control of Russian troops from 5 to 30 March, the Mission documented the killing of 73 civilians (54 men, 16 women, 2 boys, and 1 girl) and is in the process of corroborating an additional 105 alleged killings.

The report states that the UN has, so far, documented the violent deaths of 441 civilians (341 men, 72 women, 20 boys and 8 girls) in the three regions in the initial 6 weeks of the Russian invasion alone. The report cautions that the actual figures are likely to be considerably higher as work is still ongoing to corroborate an additional 198 killings that occurred in the Kyiv, Chernihiv, and Sumy regions of Ukraine occupied by Russia in the initial stages of the ongoing armed attack against Ukraine.

Apart from the summary execution of civilians, the report covers cases when Russian troops launched attacks that did not respect the principle of distinction between military objectives and civilians and failed to take all feasible precautions to spare civilians. “Civilians were targeted on roads while moving within or between settlements, including while attempting to flee the hostilities,” Bogner said.

The report examines 100 killings in more detail. Of the number, according to the report’s assessment, 57 amounted to summary executions (48 men, 7 women, and 2 boys). Thirty of those took place in places of detention while the remaining 27 victims were killed on the spot, shortly after coming under the control of Russian forces.

“Russian soldiers brought civilians to makeshift places of detention and then executed them in captivity. Many of the victims’ bodies were found with their hands tied behind their backs and gunshot wounds to their heads,” said Bogner.

The report found that men and boys comprised 88 per cent of all victims of summary executions, suggesting that males were disproportionately targeted on the basis of their gender.

The report states that although many months have passed since the first killings became known, much needs to be done to hold those responsible to account. The UN Human Rights Office has found no information that the Russian authorities have been actively investigating or prosecuting any of such cases. Bogner called for the Russian Federation to promptly investigate all alleged violations of international law and to bring those responsible to justice.

The full text of the OHCHR thematic report “Killings of civilians: summary executions and attacks on individual civilians in Kyiv, Chernihiv, and Sumy regions in the context of the Russian Federation’s armed attack against Ukraine” is available in English, Ukrainian and Russian. 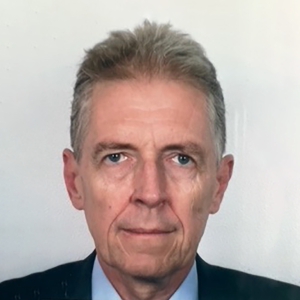