Kyiv, 27 September 2022– The ongoing armed attack by the Russian Federation against Ukraine has had a devastating impact on the enjoyment of human rights across the country. A new periodic report prepared by the UN Human Rights Monitoring Mission in Ukraine (HRMMU) highlights a wide range of violations of international human rights and international humanitarian law.

These affect both civilians and combatants and include willful killings and numerous cases of arbitrary detention and enforced disappearance, torture and ill-treatment, and conflict-related sexual violence.

“Hostilities continue to kill and injure civilians as well as destroy and damage civilian infrastructure. Attacks on civilian objects not only endanger the lives of civilians, but also leave them living in degrading conditions and undermine their rights to health, education, housing, food and water,” said Matilda Bogner, Head of HRMMU.

From 24 February until 25 September HRMMU has recorded 5,996 civilian deaths and 8,848 injuries, including 382 children killed. The actual figures are much higher, as the collection and verification of information from several locations affected by hostilities remain severely hindered.

The report states that 90% of civilian casualties were recorded in areas under Government control when the casualties occurred and 10% in parts of Luhansk and Donetsk regions controlled by Russian armed forces and affiliated armed groups. The majority of civilian casualties documented since 24 February were caused by the use of explosive weapons in populated areas.

During the reporting period, HRMMU continued to corroborate the alleged killings of hundreds of civilians by Russian armed forces while they controlled settlements in Kyiv, Chernihiv, Sumy and Kharkiv regions in February and March 2022. While most victims were men, they also included women and children.

According to the report, enforced disappearances and the arbitrary detention of local authorities, journalists, civil society activists and other civilians were widespread in territory controlled by Russian armed forces or affiliated armed groups, with 407 cases (359 men, 47 women and 1 boy) recorded during the reporting period. Among those cases, 18 victims (17 men and 1 woman) were eventually found dead. The report also highlights 47 cases of arbitrary arrest and detention, as well as 31 cases that may amount to enforced disappearance (28 men and 3 women) attributable to Ukrainian law enforcement bodies. The victims were people suspected of supporting Russian armed forces and affiliated armed groups.

The report documents cases of torture and ill-treatment of civilian detainees by Russian armed forces. Out of 38 civilians released from detention (34 men and 4 women) and interviewed by HRMMU, 33 reported experiencing torture and ill-treatment while detained by Russian armed forces and affiliated armed groups. The report also recorded 34 complaints of torture or ill-treatment in cases of arbitrary detention and enforced disappearance reportedly perpetrated by law enforcement bodies of Ukraine.

“I stress that the prohibition of torture and arbitrary deprivation of life is absolute and applies in conflict and non-conflict settings to all persons, whether civilians or combatants. Perpetrators must be held accountable, and victims and their relatives must enjoy their rights to remedy and truth,” said Ms Bogner.

The report also covers the situation of prisoners of war. While during the reporting period, HRMMU enjoyed unimpeded access to places of internment for prisoners of war in territory controlled by the Government of Ukraine, it was not granted confidential access to any place of internment for prisoners of war in the Russian Federation or territory controlled by Russian armed forces and affiliated armed groups. However, HRMMU found that in the vast majority of documented cases, Ukrainian prisoners of war were subjected to torture or cruel and degrading treatment by the detaining power. HRMMU also documented the death of two Ukrainian servicemen as a result of torture.

HRMMU also found that some Russian prisoners of war were subjected to torture and ill-treatment by members of the Ukrainian armed forces mostly during their capture or while in transit to places of internment.

“There must be timely and effective investigations into all allegations of violations of international humanitarian law and human rights law, including torture, ill-treatment, arbitrary detention and sexual violence. Regardless of their affiliation, perpetrators, including persons in positions of command, need to be duly prosecuted,” said Ms Bogner.

The report also describes the so-called process of ‘filtration’ of civilians by Russian armed forces and affiliated armed groups. HRMMU received numerous allegations that men and women who were perceived as having ties with Ukrainian armed forces or state institutions, or as having pro-Ukrainian or anti-Russian views, were subjected to arbitrary detention, torture, ill-treatment, and enforced disappearance.

While the report welcomes the efforts of the Government of Ukraine to investigate and prosecute violations of international humanitarian law and of international human rights law perpetrated in the context of the ongoing armed attack by the Russian Federation, it also documents numerous fair trial violations. The report also finds that ‘courts’ in self-proclaimed ‘republics’ sentenced civilians for conflict-related crimes in proceedings that lacked transparency, independence and impartiality.

According to the report, the hostilities have severely impacted the rights of people and groups in situations of vulnerability, including persons with disabilities and older persons, the majority of whom are women. HRMMU documented that in areas affected by hostilities, these groups lacked access to healthcare, adequate housing, heating, water and electricity.

“We are concerned that the shrinking civic space and highly restrictive environment in areas occupied by the Russian Federation deter people from reporting the human rights violations they have experienced or witnessed,” Ms Bogner said.

The report provides specific recommendations to the governments of the Russian Federation and Ukraine, as well as to the international community, and calls for their swift implementation to improve the human rights situation in the country, better protect civilians and strengthen accountability.

“We will continue to document and report the facts on the ground and give a voice to victims. We consider this to be an essential part of seeking to prevent further violations and hold those responsible accountable for the violations already committed,” Ms Bogner concluded.

The full text of the 34rd periodic report on the human rights situation in Ukraine (which covers the period from 1 February 2022 to 31 July 2022) is available in English, Ukrainian and Russian. 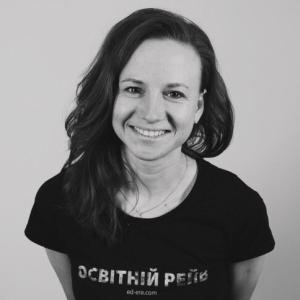