THE KILLING OF CHILDREN IS SHOCKING: DENISE BROWN, HUMANITARIAN COORDINATOR FOR UKRAINE, ON THE STRIKE IN CHAPLYNE

I am truly shocked by the strikes that yesterday killed and injured civilians close to the rail station in Chaplyne, in central Ukraine.

Children were killed in this attack and they died in places where they expected to be safe, in their homes or travelling with their families. Yes, they should have been safe and they were not.

On behalf of the United Nations and the humanitarian community in Ukraine, I send our most heartfelt condolences to those who lost their loved ones, and I wish a speedy recovery to the people injured.

The human toll of the attack in Chaplyne is just one more example of the level of suffering that this war is causing the people of Ukraine. Yesterday, several other attacks across the country also killed civilians. Recent days have also seen intense shelling of frontline cities, including Nikopol and Zelenodolsk, in Dnipropetrovska oblast, where hostilities have left a path of destruction, with dozens of houses damaged, as well as schools, shops and pharmacies.

In the six months since Russia’s invasion, Ukrainians have continued to see their loved ones killed, injured and traumatized, their families separated, and their homes, schools and hospitals attacked. Yet, in times of war, civilians and civilian infrastructure must be protected.

All actors, without exception, must respect their obligations under international humanitarian law and take constant care to spare civilians and civilian infrastructure so that they are protected, their houses preserved, and essential services remain. 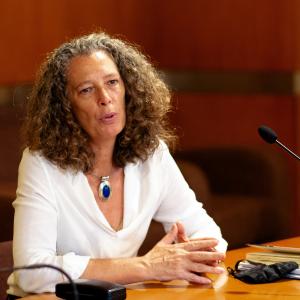