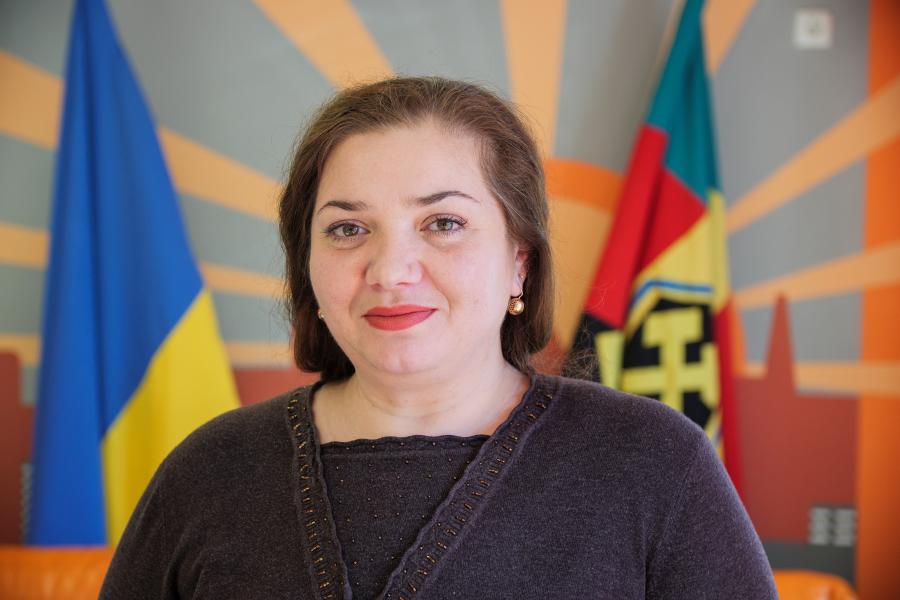 Christina Bilous is a Roma civic activist and the leader of the Self-Help Group in the community of Toretsk located near the contact line in the conflict-affected Donetsk region in the Eastern Ukraine. As an active community member Christina is the head of a Roma NGO “Sumnakuno Petalo” running a literacy class for Roma people. Jointly with other grass root women she has advocated for the adoption of the “Safe City and Safe Public Spaces for Women and Girls” program in Toretsk aimed at preventing and combating sexual harassment and other forms of sexual violence against women and girls in public spaces.

“Romani women and girls often don’t have equal opportunities to meaningfully participate in the social, economic and public life of their community. Violence against Roma women and girls, economic dependency and discrimination are the major obstacles encountered by Roma women. We need to raise awareness on the issues faced by Roma women and girls and involve public authorities, law enforcement and health experts in designing and implementing locally owned social inclusion solutions. We should make the contributions of Roma women visible and ensure that they are recognized as agents of change in their communities, because from the contributions of Roma women to local development are benefiting not only the Roma community but the society as a whole.

Bias and negative stereotypes about the Roma are deeply rooted in the Ukrainian society. The main goal of my work is to dismantle these stereotypes and combat social exclusion, discrimination, and violence against the Roma. As the old saying goes “knock and the door will open”.

Two years ago, with the support received from UN Women, I have established a self-help group in my community. We already have some important and tangible results stemming from our active participation in the local decision-making processes. I am a member of the Community Security Working Group which is a dialogue platform with the local public authorities. In this capacity I had the opportunity to raise the issues faced by the Roma women in Toretsk and draw the attention of public authorities to the inequalities faced by Roma women. To ensure access to services and contribute to their social inclusion last year I have implemented a literacy program for the Roma. More than thirty Roma women and men learned Ukrainian alphabet and basic arithmetic in this classes. Jointly with other members of the Self-Help Group I have advocated for the adoption of the “Safe City and Safe Public Spaces for Women and Girls” city programmein Toretsk. Now Toretsk is one of the four cities in Ukraine which adopted such a programme based on the UN Women methodology. I am convinced that in order to address the issues faced by Roma women and girls in our community there is a need to include more Roma women in the local decision-making processes, giving them a strong voice and a seat at the table where the major local development decisions are taken.”

The “Safe Cities and Safe Public Spaces for Women and Girls” initiative in Ukraine is implemented under the United Nations Recovery and Peacebuilding Programme (UN RPP) by four United Nations agencies: the United Nations Development Programme(UNDP), the UN Entity for Gender Equality and the Empowerment of Women (UN Women), the United Nations Population Fund (UNFPA) and the Food and Agriculture Organisation of the United Nations (FAO).Thirteen international partners support the Programme: the European Union (EU), the European Investment Bank (EIB), the U.S. Embassy in Ukraine, and the governments of Canada, Denmark, Germany, Japan, the Netherlands, Norway, Poland, Sweden, Switzerland & the UK. 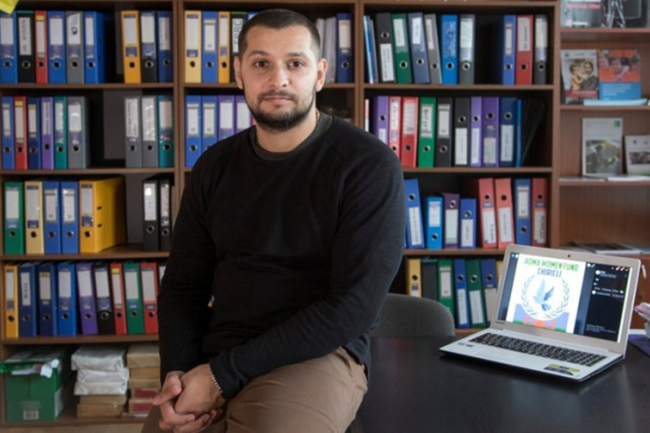 "About 30,000 Roma in Ukraine have no documents." The story of a Roma activist

Julian Kondur talks about the difficulties faced by the Roma community in Ukraine during the coronavirus pandemic and the most common stereotypes about Roma. 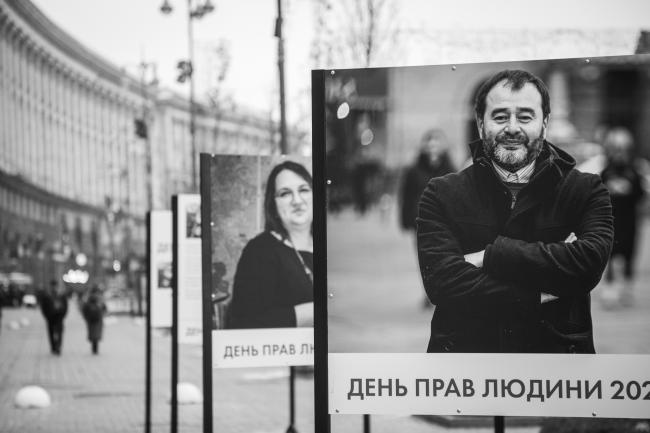 Recover better and leave no one behind – Human Rights Day 2020

To commemorate Human Rights Day 2020, HRMMU prepared a series of stories about how the pandemic has affected human rights of people in Ukraine.