Feb. 20, 2021, marks the seventh anniversary of the end of the most violent phase of the EuroMaidan protests, the popular uprising that drove President Viktor Yanukovych from power on Feb. 22, 2014. Children who were born after this have already entered school. Those who were in high school have already graduated from university. However, the ongoing fight for justice led by the families of those killed during the Maidan protests remains unchanged.

Since the moment of our deployment in March 2014, the staff of the United Nations Human Rights Monitoring Mission in Ukraine has been monitoring the criminal cases against the individuals involved in the killings. While we have seen positive changes in Ukraine since then, such as an improvement in the police’s approach to securing and even facilitating mass assemblies, we have not seen significant progress in holding those responsible for these killings and violent deaths to account.

Today, seven years later we provide answers to seven questions about these developments.

Victims deserve justice. Crimes should be prosecuted and perpetrators should be punished.

As a party to regional and international human rights treaties, Ukraine is obliged to protect the human rights of its residents from unlawful and arbitrary actions by State and non-State actors, and when there are violations to provide remedies.

In relation to the Maidan protests, Ukraine is obliged to prosecute and bring to account those responsible for the killings. The authorities must also ensure equal and effective access for victims and their families to justice and ensure adequate, effective, and prompt reparation for harm suffered.

When authorities fail to investigate human rights violations, people seek justice through other avenues. In a series of recent judgments of the European Court of Human Rights on the Maidan protests, Ukraine was found to be in breach of its obligation to investigate and prosecute human rights violations and was ordered to pay compensation to the victims. Such findings also negatively impact Ukraine’s international reputation. The prosecution of perpetrators and remedying harm also helps to prevent the recurrence of violations. Finally, the truth uncovered during criminal proceedings can serve as a firm basis for reconciliation efforts.

Although in some cases there have been attempts to remove officials, many have stayed in their positions. In September 2014, parliament launched the lustration process, aiming to remove officials involved in human rights violations from their positions. The lustration process largely failed because in most cases, removal from office was the only consequence of the officials’ misconduct. In the absence of investigations into the lustrated officials’ misconduct, some of them succeeded in being reinstated to their positions through courts.

Officials suspected of misconduct should be suspended from service pending investigation. If they are not, this can impact the on-going investigations. It can have a chilling effect on subordinates, preventing them from testifying about the involvement of officials in crimes and posing serious challenges to identifying perpetrators. It also creates a sense of impunity among law enforcement officers, leading to the recurrence of offenses.

We have observed, however, that some officials accused of violent crimes during the Maidan protests continue to work in the positions they allegedly abused during the Maidan protests. For example, the former deputy head of the public safety department with the Ministry of Interior currently occupies a similar position with the National Guard, despite having been charged with organizing the killings of protesters on 18 February 2014, amongst other charges.

Investigations were able to progress to some degree, making some headway to identify important leads. For instance, the investigation into the killing of the two internal troops soldiers on Feb. 18, 2014, found that the weapon, from which the lethal shots had been fired, was in possession of members of the Right Sector. In a different case, two protesters involved in a shooting at law enforcement officers on 20 February 2014 were identified. However, both cases stalled for various reasons.

One of the reasons is the so-called immunity law. This law grants immunity from prosecution to individuals who committed crimes while participating in Maidan protests, including investigations into the killings of law enforcement officers.

We, therefore, recommended that the parliament repeal the law. Last year a group of parliamentarians requested the Constitutional Court to examine the constitutionality of the law.

We have also observed that public opinion has influenced the outcome of investigations in high-profile cases. In relation to the killings of the law enforcement officers, we have seen vocal public demands against investigations of offenses allegedly committed by the protesters, which has led to selective justice, and as a result, some victims are being deprived of justice. However, the spouses, children, and parents of law enforcement officers have the same rights for justice and experience the same feelings of loss and grief as the families of other victims.

Investigations should be guided by the rule of law, not public demand.

Both international and national law require investigations into human rights violations and trials to be independent. It is not only judges, but also investigators and prosecutors that must be impartial and free from arbitrary interference, including from their superiors. The Criminal Procedure Code of Ukraine guarantees that prosecutors are responsible for cases from the very beginning and until the court verdict enters into force, and can only be removed from a case if they make an unlawful decision.

However, we have observed that in some cases, general prosecutors did not appear to be following the rule of law or acting impartially. Most notably, we saw a number of cases in which the general prosecutor removed their subordinates from high-profile cases for what appeared to be political reasons.

For instance, in December 2019, the prosecutor general replaced a group of prosecutors after they refused to agree to a change in bail conditions for five Berkut soldiers accused of killing 48 and injuring 80 Maidan protesters on Jan. 20, 2014. This would have enabled their transfer to the territory controlled by the “self-proclaimed” republics within the “simultaneous release” process, coordinated at a political level. As could be expected, the new group of prosecutors went ahead and did not object to the change in bail conditions for the defendants and their transfer to territory outside of the reach of the Ukrainian justice system.

In another case, the prosecutors leading the case were removed in response to public criticism of the April 2018 arrest of a protester for the murder of two police officers and injury of another on Feb. 20, 2014. The protester was arrested because he had repeatedly failed to appear for questioning. However, his fellow protesters (who had since become members of the Parliament) led a wave of public criticism towards the authorities for prosecuting “patriots” (i.e. the protesters) instead of those responsible for the deaths of protesters (i.e. law enforcement officers). The next day, the Prosecutor General replaced the prosecutor leading the case with his deputy, who immediately dropped the murder charges against the protester and had him released from custody.

However, under the Criminal Procedure Code those convicted in absentia are not entitled to an in-person retrial of their case, which is required by international human rights law. Countries they flee to may, therefore, lawfully refuse to extradite them to Ukraine. Unless amendments are made to the Criminal Procedure Code to rectify this, in absentia trials will risk undermining all the efforts taken to prosecute perpetrators of human rights violations in Ukraine.

Although in itself positive, the criminal justice reform process has led to significant delays in investigations and trials.

For instance, the lustration of judges, and the judicial reform process launched shortly after the end of the Maidan protests in 2014, led to the resignation of more than a third of judges in Ukraine. These vacancies have still not been filled due to the failure to convene the High Qualification Commission of Judges following its reorganization in line with the law adopted in October 2019. The shortage of judges has increased the caseload for remaining judges, leading to significant delays in trials. We recommend Parliament to ensure the expeditious appointment of judges, in particular by amending the procedure to appoint members of the High Qualification Commission of Judges.

Despite the lockdown and overall slowdown of criminal proceedings in 2020, we have observed progress in some cases. For instance, two members of ‘titushky’ groups were detained and charged with the abduction and killing of Yurii Verbytskyi, one of the first casualties of the Maidan protests. He died after being abducted from hospital, tortured and left in a forest outside Kyiv, where he froze to death. In another case, a journalist who actively participated in the Maidan protests was charged with the killing of Volodymyr Zakharov, the only person who died during the protests without having participated in them. His case is one of the few where, due to the circumstances of his death (he died as a result of smoke inhalation after someone set the office of the Party of Regions on fire) the investigation had not attributed it to an individual perpetrator for more than six years.

While around the world criminal cases involving serious human rights violations can, and have been prosecuted many years later, with time it becomes more and more difficult to investigate such events. We see this with the Maidan-related killings and violent deaths. Seven years is a long time. Some victims of police brutality have died; the relatives of those killed are losing faith in the justice system; witnesses’ memories fade; and society has become tired and is losing interest in the cases.

It is obvious that Ukraine has the human capacity to complete these investigations. What it lacks is the political will to do so. We hope that this will soon be overcome before the witnesses forget the details of what happened and victims lose their hope for justice and stop cooperating with investigations.

In the meantime, parliament should amend the Criminal Procedure Code to enable those who fled Ukraine to be tried in absentia and ensure their future extradition. We also look forward to the repeal of the ‘immunity law’, to ensure prosecution of those who shot and killed the 13 police officers on Feb. 18 and 20, 2014. 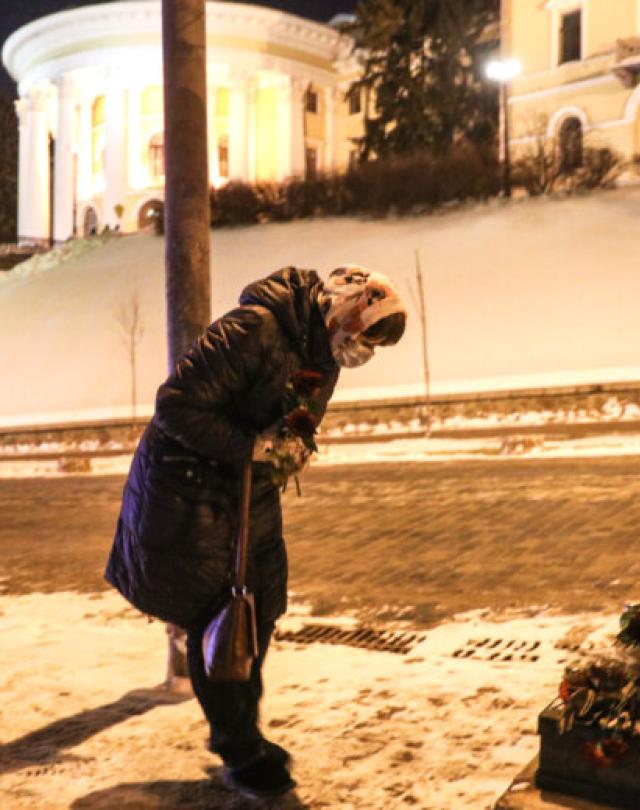 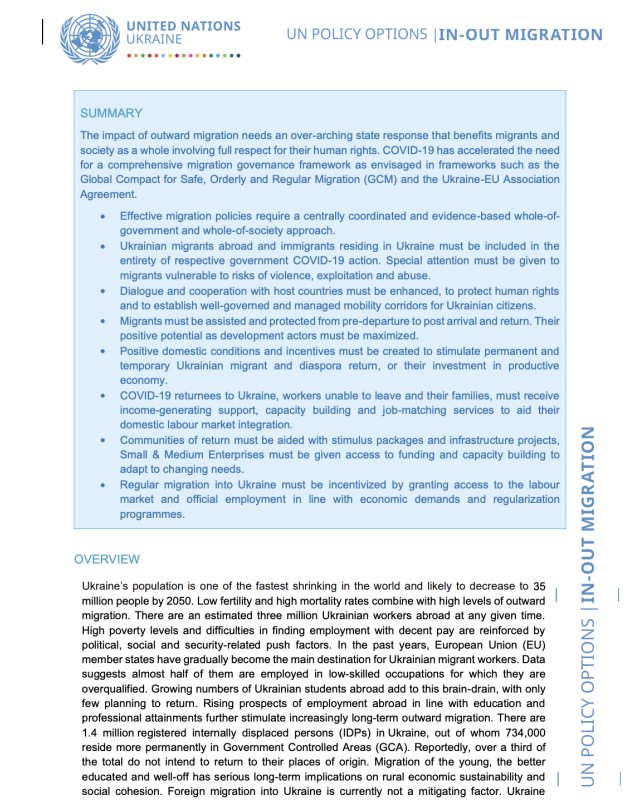 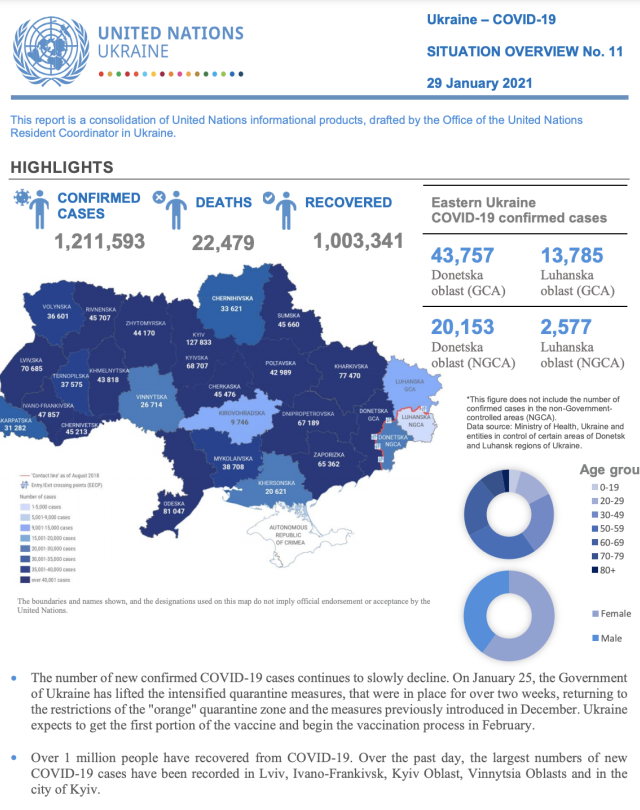 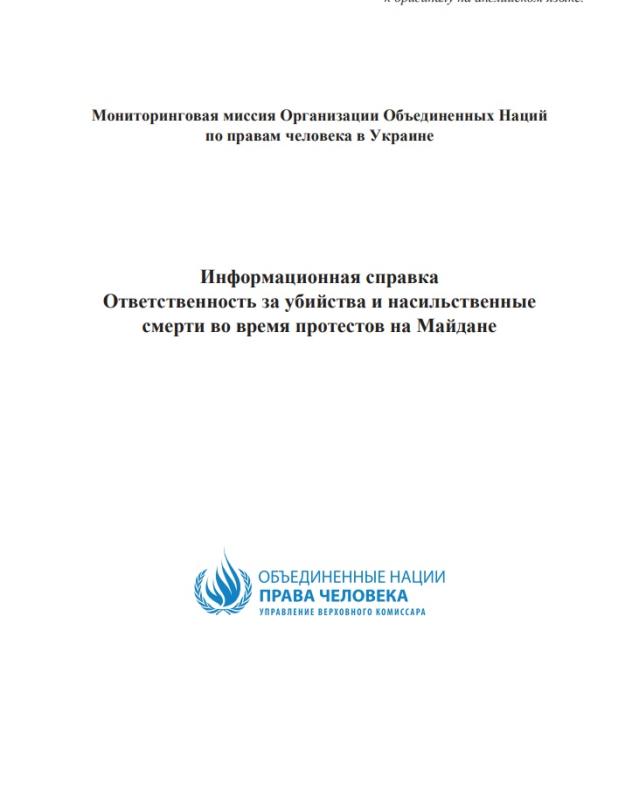