The long road to education for children in eastern Ukraine

After more than six years, the armed conflict continues to impact children. 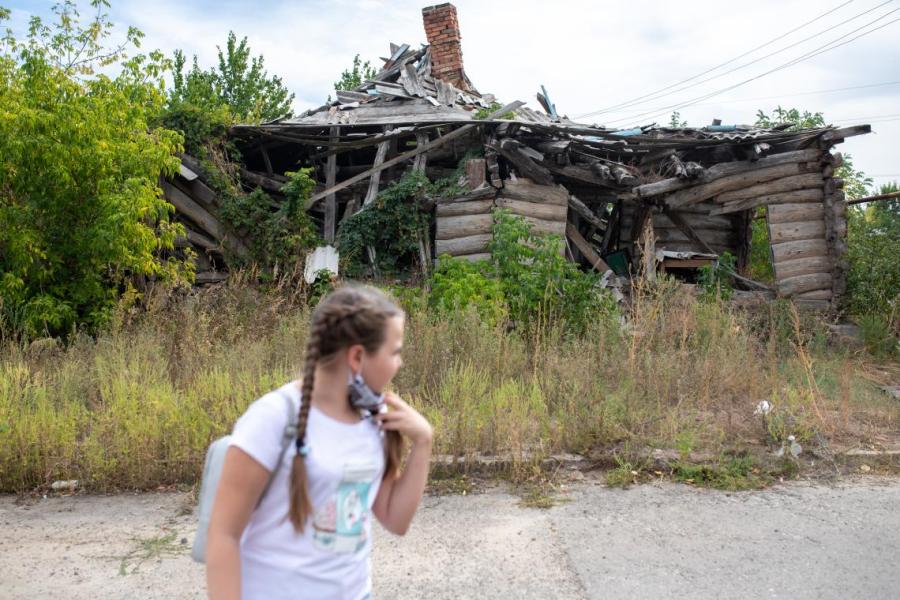 Today, six years after the shelling first began, signs of Ukraine’s ongoing armed conflict are less and less visible in Stanytsia Luhanska, an urban settlement in the country’s eastern Luhansk region. Broken windows have been replaced, military checkpoints have been dismantled and the shelling is not as frequent. However, most families here continue to feel the consequences. Unemployment, insecurity, landmines and a fight for education remain a sad reality in this settlement of 10,000 people.

When the conflict first broke out, around 4,000 residents left Stanytsia Luhanska and found themselves displaced, sometimes overnight.

“When they started shooting, the most difficult thing was to get used to the fact that we could no longer live normally – that we would not be able to take the children to the circus or to the park in Luhansk,” recalls Yulia, who works at one of the local schools. Along with her two children, she decided to remain at home. “It was also difficult to accept that now we live like we are in hell, with the front line nearby.” 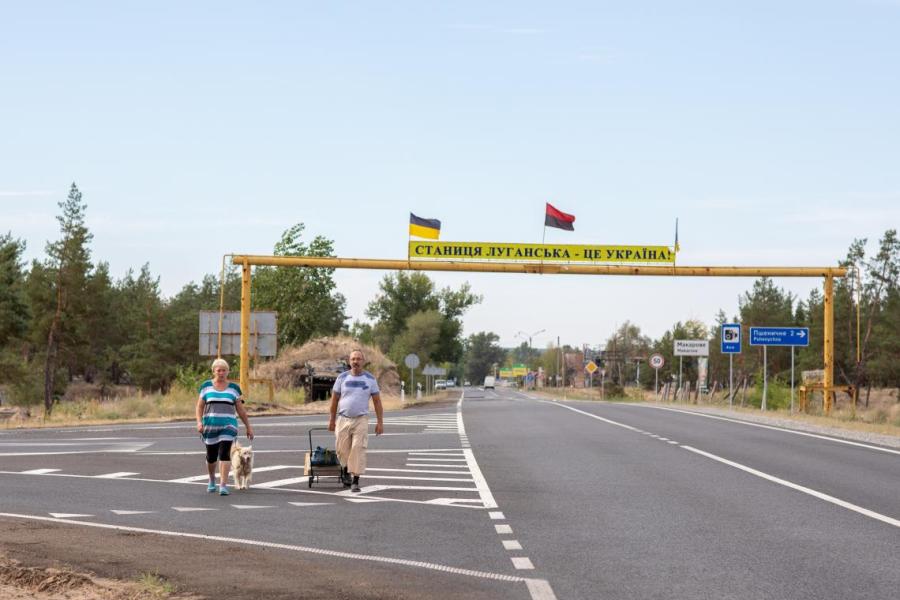 However, Yulia has reason to hope. In recent years, the shelling has died down and empty classrooms have started to fill up with students. “Two school buses were even purchased last year,” she says, smiling. “The number of children is increasing.”

“Only the walls remained”

Schools especially have borne the brunt of the conflict. At Stanytsia Luhanska school #2, there are just 10 children left in the senior grades.

The class of 16-year-old Aliona is the smallest, with only six girls. The school building itself no longer exists, after it was hit by a shell and burned down.

“Only the walls remained,” says Aliona. “I was very upset when this happened. Even now I come to the place of the burned down school and take a photo to send to my classmates.”

Now, Aliona studies at the local newspaper offices, where some of the classes relocated. Others take place in the kindergarten. “I like this school, although it is very upsetting that our old school was never renovated,” she says. 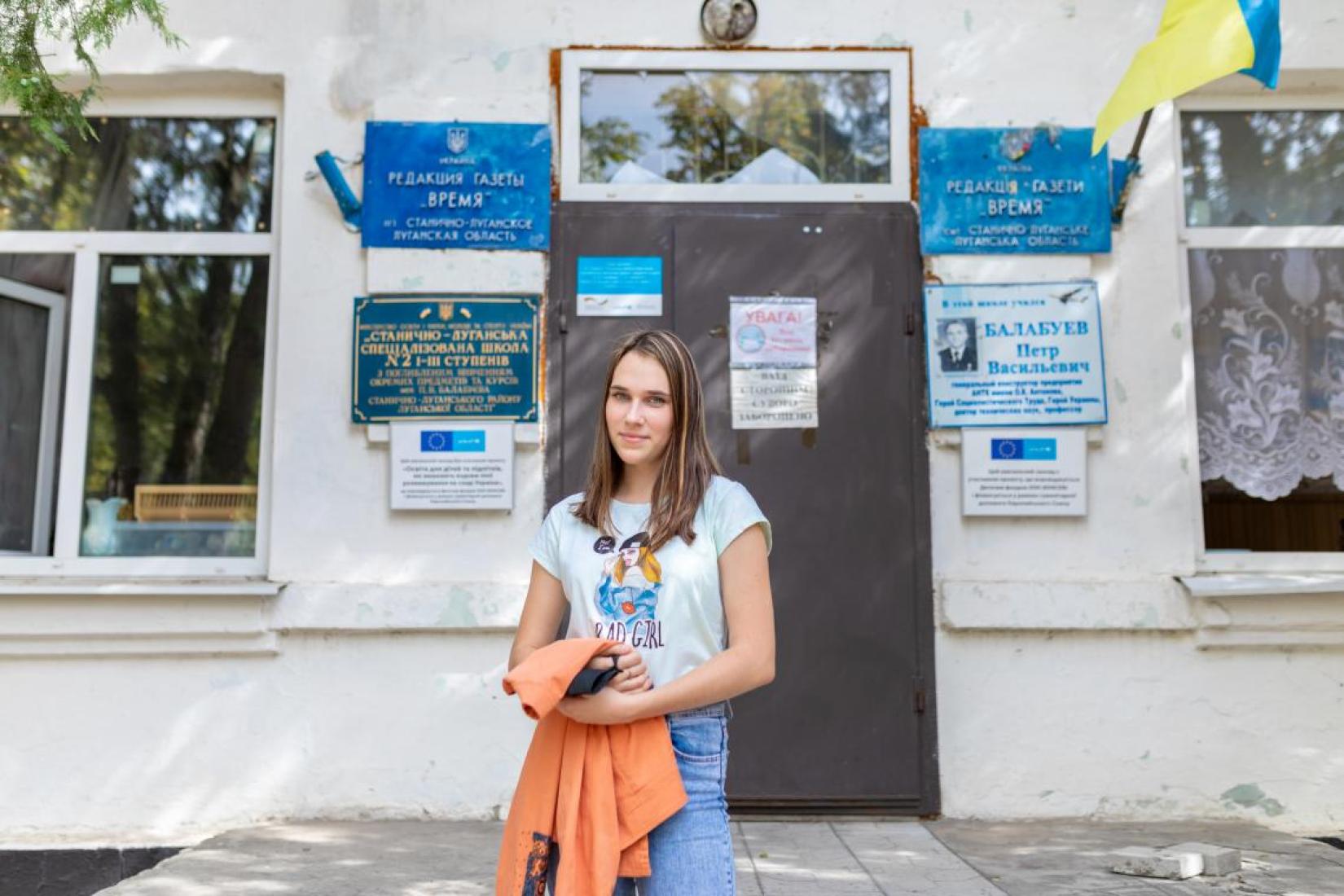 Over the years, Aliona has learned to live by the rules. She returns home before dusk, calls her parents when the shelling begins so that they can take her to a safe place, and does not travel to the outskirts of the city, which may be mined. The route to school takes 20 minutes on foot. On her way, Aliona passes several craters on the asphalt and neighbour's houses that have been damaged by shrapnel.

“If they start shooting when I'm returning back from school, I immediately call my mother to come after me,” she says. “We have no lessons specifically dedicated to how to behave during the shelling. But everyone already knows.”

Aliona feels like her youth is passing her by. “There is no cinema, shopping centre or any entertainment in the city. We just go with my sister to the city centre to sit on a bench near the playground.” 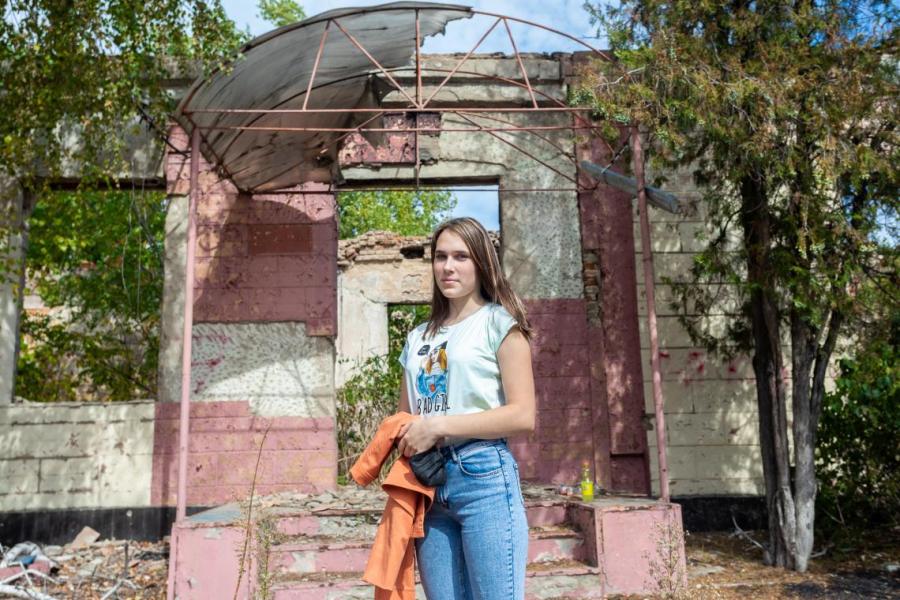 “I don't have a schedule,” says Natasha. “The teacher can call and say that today the room is free at such a time in the editorial office, and then there will be a class in the kindergarten.” 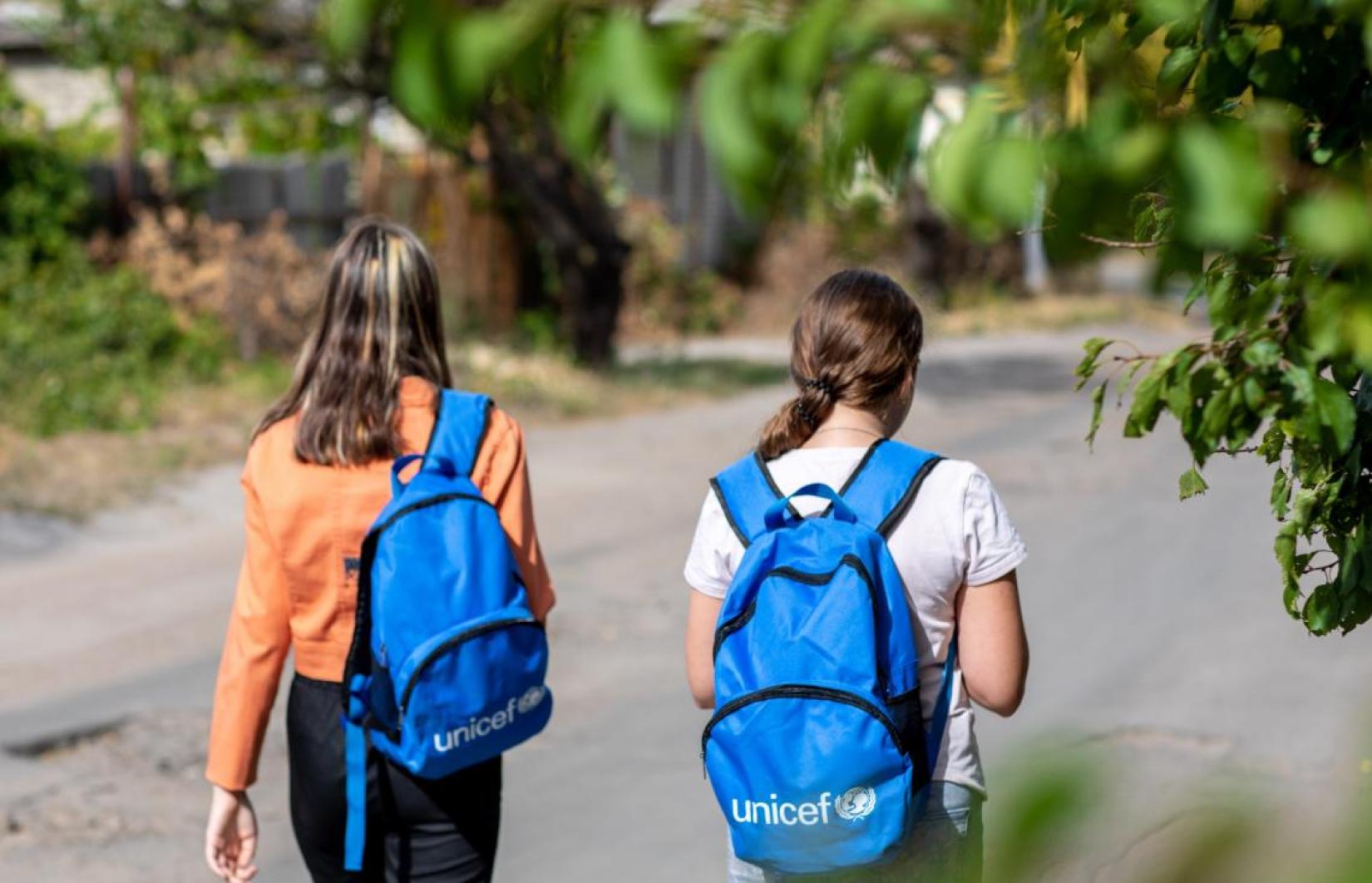 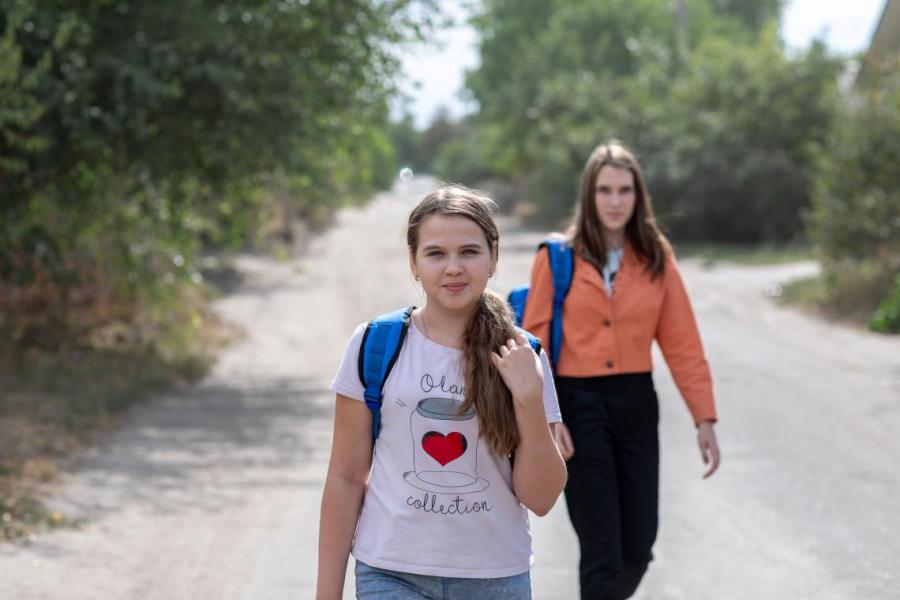 Natasha is glad that she now has classmates and a friend. When she first started school, she was the only first grader and spent the whole year studying from home.

Despite the fact that active hostilities in Stanytsia Luhanska have stopped, Natasha's mother Natalya continues to worry about the safety of her daughters.

“Whether they go from school or to school, or for a walk, we are always in touch,” she says. “In the evenings, I do not let them leave the house. They do not always understand me, sometimes they take offence. But in the city, where there are still mined places, where you can still hear shooting, it is better to take care of yourself.”

Natasha tries not to think about the dangers of the conflict, but instead focuses on her education and drawing. “Due to the quarantine, we missed a lot last year. Therefore, I expect from the new school year that I will study better. I will try.”

“You can’t take off your mask”

Children who live on the outskirts of Stanytsia Luhanska huddle in noisy groups at bus stops in the mornings. They wait for a yellow bus with brightly coloured lettering on the sides that will take them to school.

Maksym is one of 40 children who travel to classes on this bus. Before he climbs on board, the 12-year-old puts on a medical mask and disinfects his hands with antibacterial gel. He tries to take a seat by the window. For 40 minutes, the bus trundles alongside the Siverskyi Donetsk river. Outside, they can see many houses that have been restored and others which are still pockmarked with shrapnel holes.

“You can't take off your mask on the way because of the coronavirus epidemic,” says Maksym, his eyes on the landscape of destruction outside. 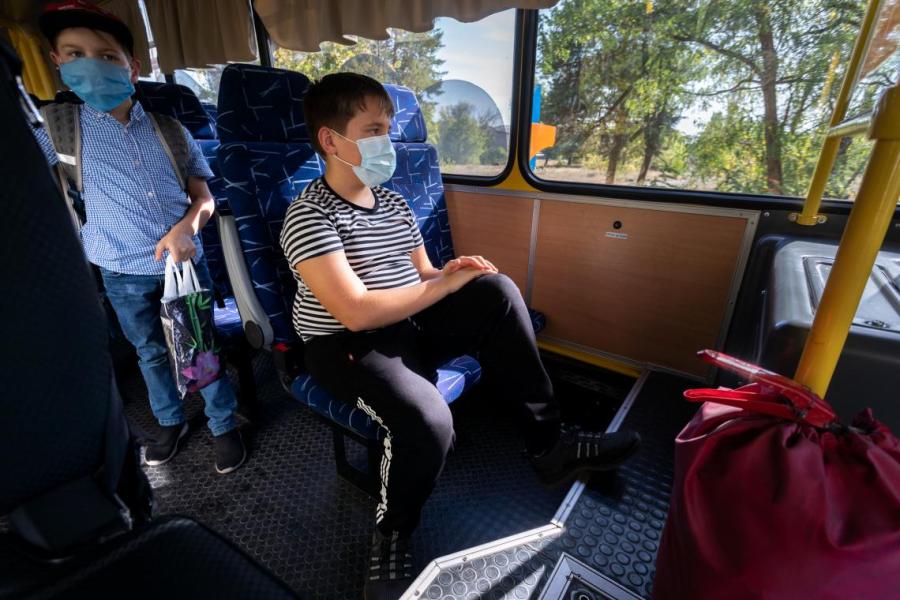 It is hot on the bus in summer and freezing cold in winter. However, both Maksym and his mother Yulia are glad that the buses finally began to run again in Stanytsia Luhanska last year. Before that, the children had no choice but to walk to school.

“We walked through railroad tracks, country roads,” says Yulia, who works as a school secretary and accompanies the students on the bus. “Of course, it is not safe everywhere, but we went where it was definitely cleared of mines.”

Together with her son, they are the first on the school bus and the last to get off it.

“When the military conflict began, my son was five years old. He already understood what was happening, of course, he was afraid. It's good that Maksym went to first grade when they started shooting less. I hope he will be able to get an appropriate education.” 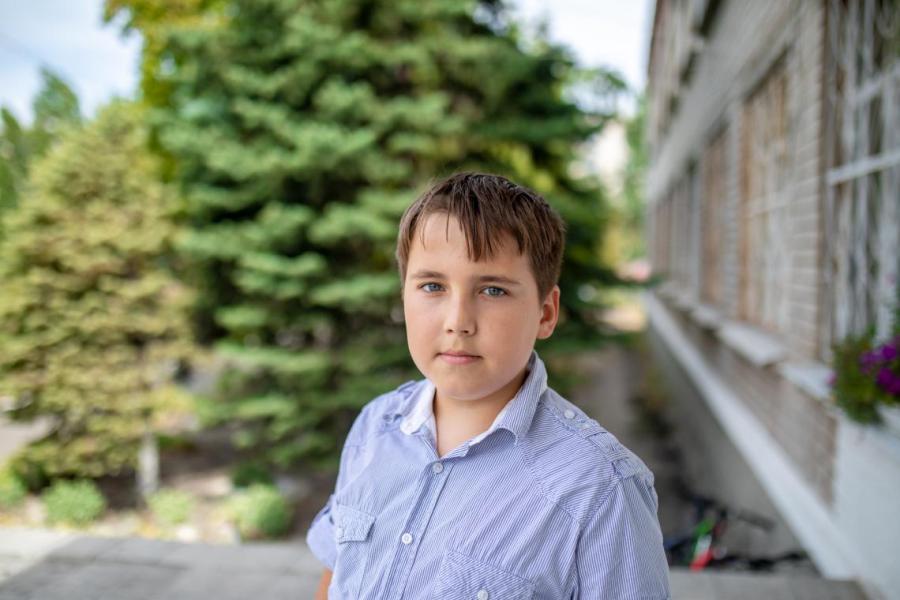 But while the conflict may be dying down, COVID-19 has become yet another barrier.

Yulia helps to ensure that the children wear masks and use hand gel.

“Maksym has nowhere to go out in Stanytsa. There is no circus, no parks, no cinema. In order for a child to see something, he needs to be taken to another city, and this is difficult. Therefore, the road to school is often his only outing.”

In November 2019, Ukraine became the 100th country to endorse the Safe Schools Declaration, committing to protect education during conflict.

The United Nations Children’s Fund (UNICEF) is calling for implementation of the Safe School Declaration in Ukraine to be accelerated,  as children and teachers in 3,500 education facilities are currently affected by the six-year long violence and remain at risk. 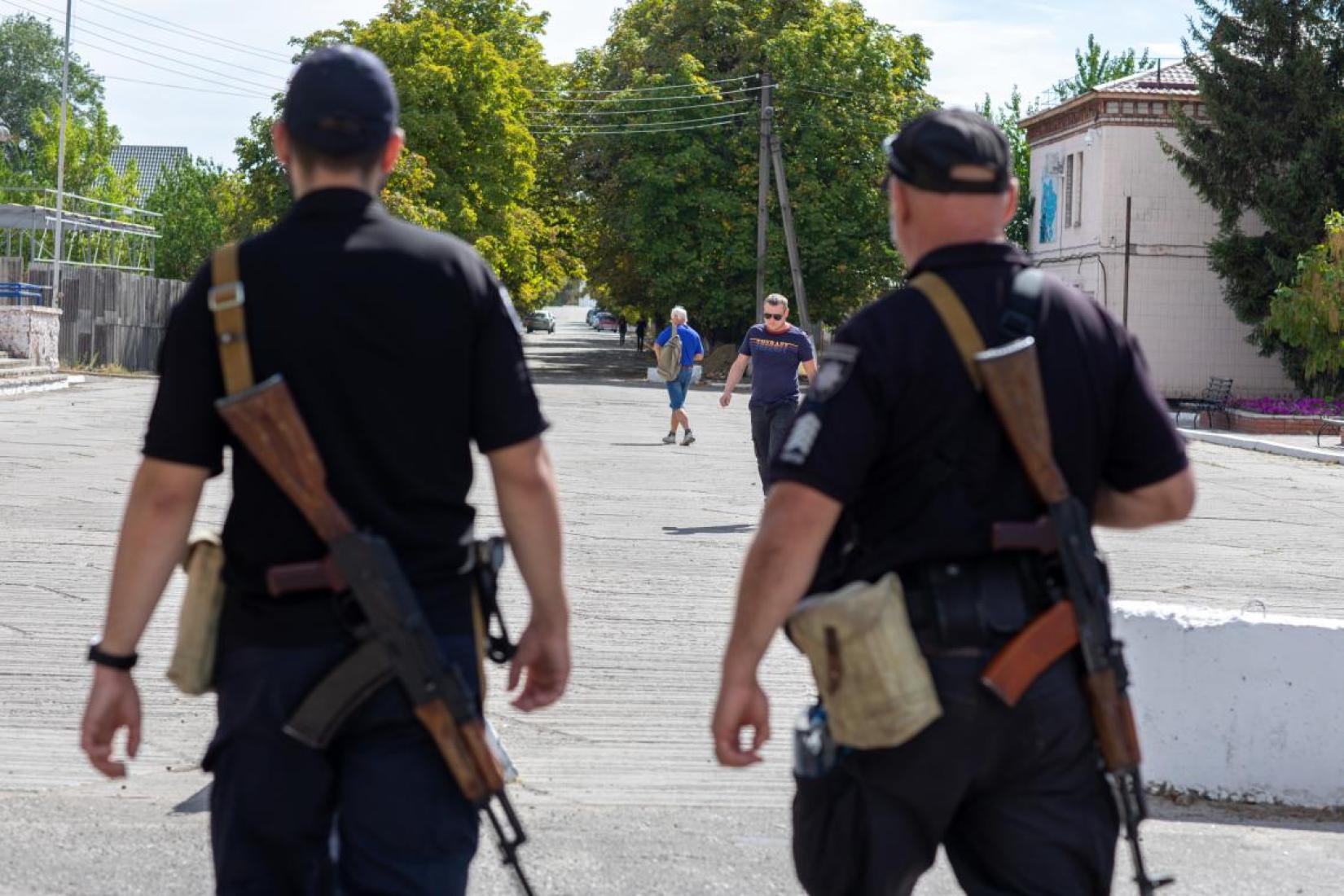 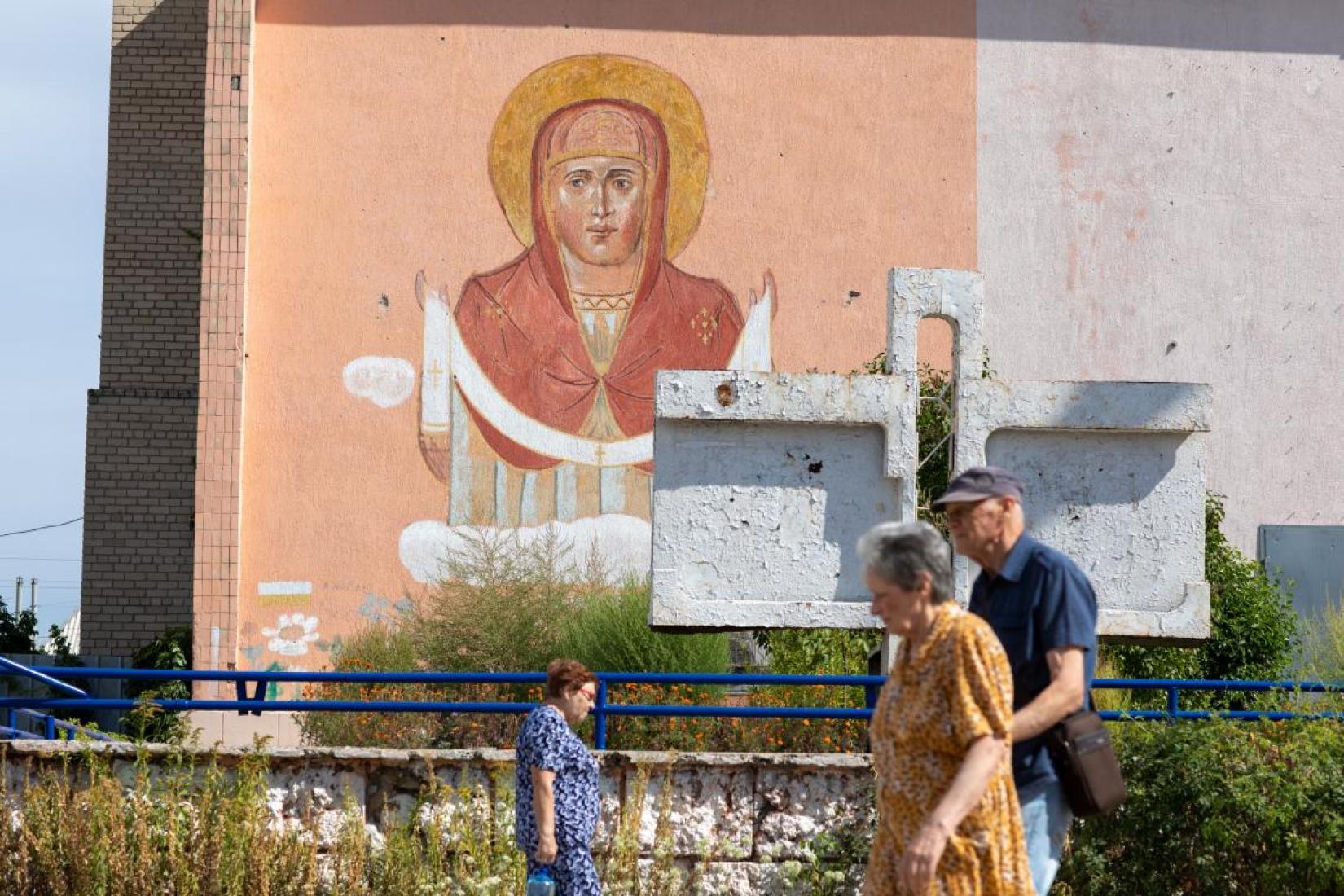 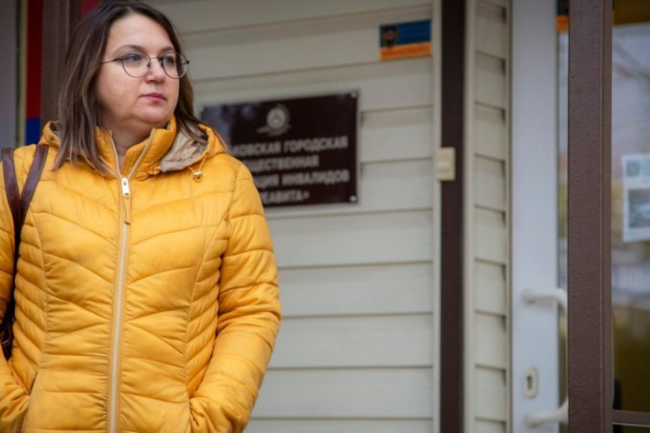 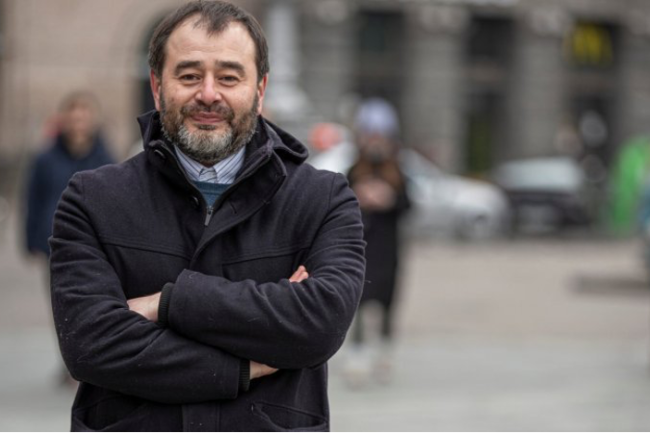 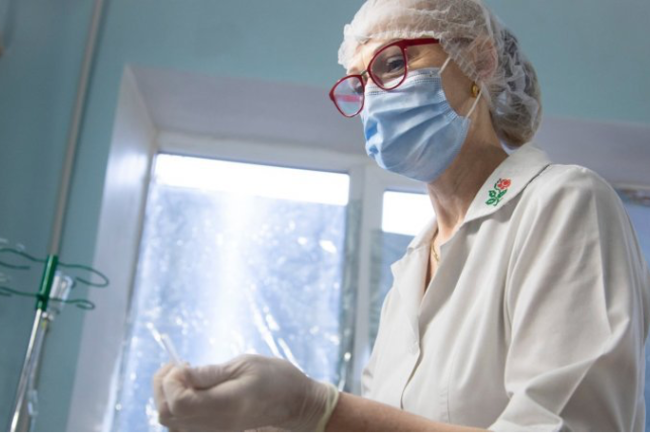