After more than 2 months of war in Ukraine, which has forced millions of refugees and displaced people to flee their homes, a new Rapid Gender Analysis by UN Women and CARE reveals that women and minorities are facing immense hardship when it comes to health, safety and access to food as a result of the crisis. In Ukraine women are increasingly becoming heads of households and leaders in their communities as men are conscripted and yet they remain largely excluded from formal decision-making processes relating to humanitarian efforts, peace-making and other areas that directly impact their lives.

The analysis based on surveys and interviews with people in 19 regions in Ukraine between 2-6 April 2022, sheds a spotlight on the the gender dynamics of the crisis, and recommends actions for governments, the international community and other actors to implement in their humanitarian response.

“When it comes to humanitarian needs of displaced people, locals, and households – women do most of the work – they drive, provide hospitals and locals with medication and food, they care about their disabled relatives and children,” said a woman who participated in the survey.

The Report reveals that the impact of the war is particularly disproportionate for marginalized groups, such as female-headed households, internally displaced people, Roma people, LGBTQIA+ and people with disabilities. Many respondents from Roma communities gave testimony of severe discrimination, both in their daily struggle as well as in access to humanitarian aid.

The analysis also reveals that gender roles are changing in Ukraine. While many men have become unemployed and are primarily engaging in the armed forces, women report taking on new roles and multiple jobs to make up for the lost family income. Women are also performing vital roles in the humanitarian response in local communities, however, despite taking on increasing leadership roles in their families and communities, they are largely excluded from formal political and administrative decision-making processes.

With schools closed, high demand for volunteer work and the absence of men, women’s unpaid care burden has significantly increased. Backtracking on gender equality is already evident in the ongoing crisis. The war is increasing unemployment among the entire population and will likely push women into the unprotected informal sectors of the economy and increase poverty.

Women and girls also highlighted poor access to healthcare services especially for survivors of gender-based violence (GBV), and pregnant, expecting and new mothers as well as rising fears of GBV and lack of food, especially for those in heavy conflict areas. Many respondents also spoke of the challenges and barriers they face in accessing humanitarian aid and services; and around 50% of both, women and men, indicated that mental health was a main area of life impacted by the war.

“The rapid gender analysis proves the urgency to ensure that the humanitarian assistance addresses the different needs of women, men, girls and boys, including those that are from vulnerable groups,” says UN Women Executive Director Sima Bahous. “We’re seeing that women have been performing vital roles in the humanitarian response in their communities. It is crucial that they are meaningfully involved in the formal planning and decision-making processes.”

“It is obvious that the humanitarian crisis unfolding in Ukraine concerns all genders”, notes Sofia Sprechmann Sineiro, Secretary General of CARE International. “However, a closer look helps to identify what specific needs each group has. Unhindered access to humanitarian aid for people with reduced mobility is a key concern that came up in our analysis, given the high percentage of elderly people or those with disabilities in conflict-affected areas. The same goes for specific support provided for single-parent – mostly female-headed – households as well as unaccompanied children. These groups need to be consulted and prioritized in humanitarian programs.”

Key recommendations of the Rapid Gender Analysis call for:

UN Women is the United Nations entity dedicated to gender equality and the empowerment of women. A global champion for women and girls, UN Women was established to accelerate progress on meeting their needs worldwide.

UN Women is committed to ensuring equality between women and men as partners and beneficiaries of humanitarian action. UN Women works in crises prevention, preparedness and response to reduce vulnerabilities, address risks, promote resilience and leverage women’s leadership, fulfilling its role through normative work in assisting Member States and the United Nations to develop and implement policies; coordination across the UN system and the humanitarian community; and through programming on the ground.

Founded in 1945, CARE is a leading humanitarian organization fighting global poverty. CARE has more than seven decades of experience helping people prepare for disasters, providing lifesaving assistance when a crisis hits, and helping communities recover after the emergency has passed. CARE places special focus on women and children, who are often disproportionately affected by disasters. To learn more, visit www.care-international.org.

As part of the Ukraine response, CARE International is currently partnering with humanitarian organisations both inside Ukraine as well as neighbouring countries, including Romania, Slovakia and Poland. Aid distributions include relief items such as food, hygiene products and sleeping bags. CARE also provides cash to affected populations, offers shelter and psychosocial support. We place a particular focus on working alongside women-led organizations and women in the humanitarian response. 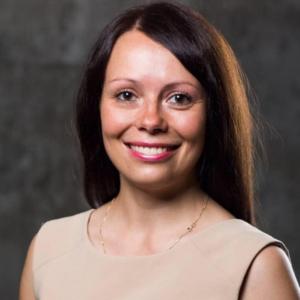