I welcome the unanimous adoption of Security Council Resolution 2573 (27 April 2021) on the protection of civilians in armed conflict. I find it timely for a Security Council Resolution to place a primary focus on the destruction of critical civilian objects for the first time as we observe a worrying increase in attacks that affect vital civilian infrastructure in eastern Ukraine.

This Resolution strongly condemns attacks in armed conflicts directed at civilian objects in violation of international humanitarian law. It demands all parties in armed conflicts to ensure that civilians and civilian infrastructure, including that which provides the essential services to the civilian population, are not targeted during attacks. In addition, the Resolution strongly condemns the denial of humanitarian access to people in need of assistance and urges all parties to protect civilian infrastructure, which is critical to the delivery of humanitarian aid, including for the provision of vaccinations and related medical care.

In line with Security Council resolution 2573 (2021), I urge all relevant actors to fully comply with their obligations under international humanitarian law. Strengthening the protection of critical objects and allowing the repair of damaged infrastructure is vital for the population affected by the conflict in eastern Ukraine. 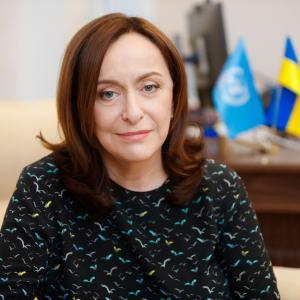