From where I stand: “I’m a changemaker and not afraid of standing up for what I believe in.”

Nadia Tutarieva, a women’s rights activist from Luhansk shares her story of launching a civil society organization in the conflict-affected area of Ukraine. 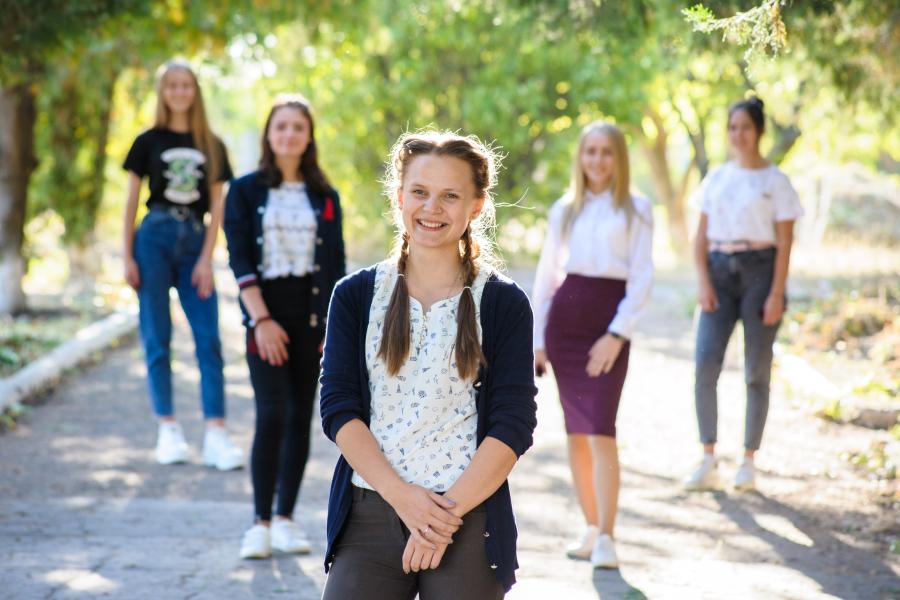 Nadia Tutarieva is a women’s rights activist and peacebuilder from Luhansk, a region in eastern Ukraine near the border with Russia that has been affected by the ongoing conflict in the region. At 19, she became a teacher to help girls learn and take charge of their own futures. But as she grew, she saw the challenges stacking up against girls and women.

In my community, there are strong social norms that dictate that the man is the provider and the woman is the homemaker. We are taught very early on to accept and conform to these roles.

After my father died when I was just eight, I was brought up by women who taught me to confront these stereotypes. My mother always made sure I understood that I had to take responsibility for my own life and make my own decisions.

As a community, we have been affected by the ongoing conflict in our region, which began in 2014 between Ukraine and Russia and has continued since. As a teacher in my village school, I have to explain to children why there are bombs falling from the sky. I have seen how women are often the ones most psychologically and economically affected by the conflict. When women are displaced from their homes by the violence, they face stigma and struggle to access basic services. Yet, we are rarely asked about our experiences or to take part in peacebuilding programmes.

In 2020, I launched a civil society organization with two other local women to promote gender equality and increase women’s role in peacebuilding and civil life. We’re currently working with about 40 local women running self-help groups, and promoting self-reliance, and community activism. We’re also trying to bring about practical change. For example, in the next five years we aim to open a village kindergarten to help mothers like myself participate in paid work.

It frustrates me that although women represent 53 per cent of the population in Ukraine, there are so few women involved in policy or decision-making. Change has to come from the ground up! This year I decided to run for the role of village council member in the local elections, but the elections were canceled because of security concerns. I’m determined to stand in the next round.

I’m only 25 and I have many things I want to achieve in my social and political career. Eventually I hope to go to law school. The biggest barrier to my work has always been people’s attitudes towards me as a young woman. Now, the same people who patronized and ignored me are asking for my help and advice on how to organize local activism.

I want to be a good role-model for my son. I want to show him that I’m a changemaker and not afraid of standing up for what I believe in. I also want to teach him that you never have to fight your battles alone. You can join hands with others and change the world together.

Nadia Tutarieva, 25 years old, is a Ukranian activist and peacebuilder. She teaches in her local village school and is also the co-founder of Girls of Chuhinka, a civil society organization running self-help workshops and promoting gender equality in her community. UN Women spoke with Tutarieva on the occasion of the 20th anniversary of UN Security Council resolution 1325, which continues to shape the agenda for women, peace and security, to include women and gender analysis in all aspects of conflict prevention, peace and reconstruction. Critical to the agenda, are women peace leaders gaining and exercising decision-making power. 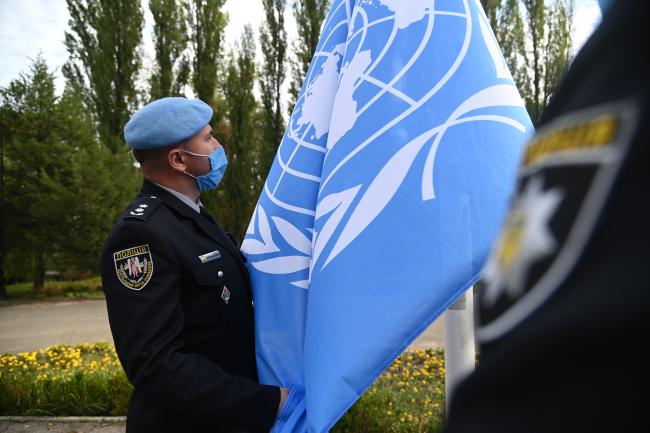 UN75 ceremony in Ukraine in images

The official UN75 ceremony that took place in Navodnytsky park got together UN RC, Minister of Foreign Affairs, Heads of UN Agencies and Ukrainian peacekeepers. 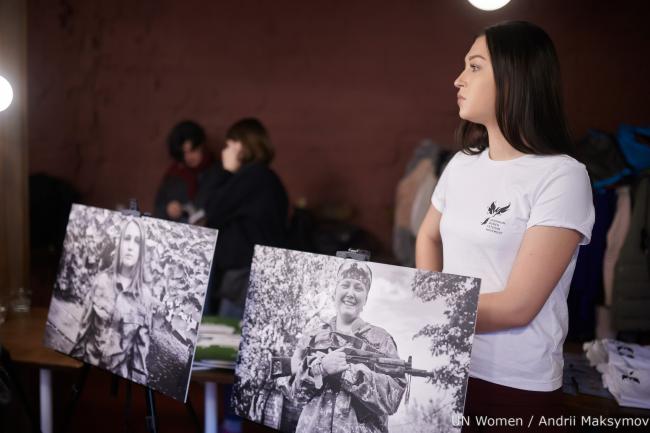 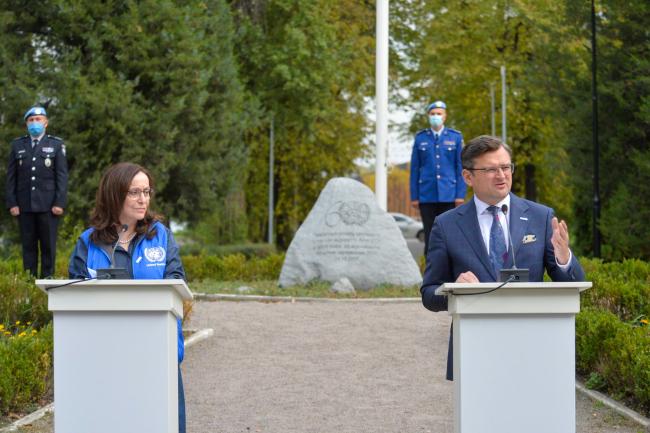